Cosmetic Dental Practice With An Emphasis On Dental Implants, Cosmetic Dentistry and Invisalign. 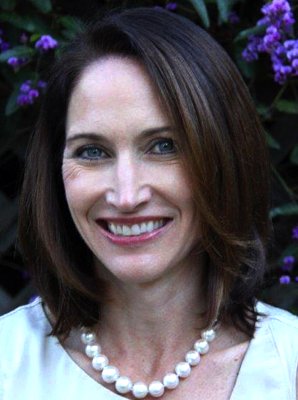 Napa Dentist Dr. Burke has been practicing dentistry for fifteen years. After graduating from dental school with Honors from the University of California at San Francisco in 1993, Dr. Burke immediately began a residency program with the Veterans Administration Hospital in Martinez, California. Following the receipt of VA Residency Certificate in 1994, she worked for two established Dentists as an associate. In 1997, the Marin County Dental Clinic engaged Dr. Burke as an associate. In that capacity, she practiced general dentistry and gained invaluable experience in the practical aspects of running a private practice.

In May of 1998, Dr. Burke purchased the longstanding practice of Dr. Bernard Dalton. Dr. Burke operated and managed that practice for seven years.

Wanting to expand her facilities in 2005, Dr. Burke opened an office in nearby Greenbrae. Dr. Burke currently performs dentistry on a regular basis in her Greenbrae office while concurrently managing the satellite San Rafael Office.

Dr. Burke is involved in multiple philanthropic organizations including “Marin Head Start” and “Adopt a School” programs. She has been an active member of the Marin County Dental Association for more than a decade and most recently served as the Chairman of the Community Services Committee. In 2007, Dr. Burke was selected for the prestigious “Peer Review Committee” an organization that evaluates the performance of fellow colleagues.

I was born and raised in San Francisco. I come from a large family that emphasized family and faith. I wanted to be a dentist since I was in high school, and I have enjoyed my career immensely for the past 26 years. I have worked hard running two offices in Marin County and raised 4 children as I practiced full time. Now that my youngest child is graduating from high school I am so excited to enjoy my final years of dentistry in Napa Valley. County. My husband and I purchased a second home in Napa 6 1/2 years ago and now we will be spending the majority of our time here enjoying all of the beauty of the wine country and I can’t wait to start my newest adventure in dentistry right down the block from my home.

Interests:
Spending time with my family and friends
Hiking, working out, and playing tennis
Traveling
Reading

1998-2016
Owned and operated 2 General Dental practices in Marin County. I bought my first office in May 1998 in San Rafael. After seven years I expanded my practice and opened up a second location in Greenbrae in May 2005.